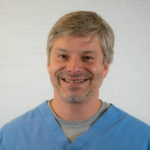 Brian is licensed to practice by the state of North Carolina and is certified by the National Commission on Certification of Physician Assistants. He is a Navy veteran and holds his physician assistant degree from Alderson-Broaddus College. Bechtol is also a member of the Urgent Care Association of America and the North Carolina Academy of Physician Assistants. He is also certified to perform DOT physicals through the National Registry of Certified Medical Examiners. 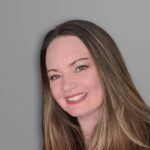 Originally from West Virginia, Courtney joined the UMCV family in February 2019. She received her Bachelors Degree in Biology from Wheeling Jesuit University and her Masters Degree in Physician Assistant Studies from Mountain State University. She has previously worked in primary care and is DOT certified. Courtney says she chose to become a PA because of her drive to help people and the fact that the medical field is always changing. She enjoys talking to new people and says her favorite part of her job is getting to see something new and interesting every day. Outside of work she enjoys going to the gym and spending time with her two dogs. 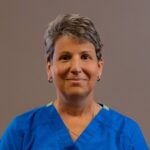 Kristin was born and raised in Hickory, North Carolina. She received her Doctorate in Health Science from A. T. Still University in Mesa, AZ, Master of Science in Physician Assistant Studies and Bachelor of Science in Athletic Training from Wingate University in North Carolina. She has been a Physician Assistant for 11 years and an Athletic Trainer for 24 years. Kristin has experience in emergency medicine, sports medicine, digestive disease, and occupational health. She is certified to perform DOT physicals through the National Registry of Certified Medical Examiners. Kristin is a preceptor for PA/NP students and is a mentor for POCN. POCN Mentor Program is the largest PA/NP network nationwide that cultivates professional development, provides peer support, and helps with professional growth. Kristin says she chose to become a PA because she is passionate about the field of medicine and wanted to make a difference in a person’s quality of life. Outside of work, she enjoys playing golf, skydiving, hiking, and spending time with family and friends. 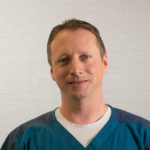 Rob Horner is a NP from Virginia Beach. Before going into the medical field, Rob spent 10 years serving in the Navy and later worked for a field service electronic company. He met his wife in South Carolina and decided to pursue a career in the medical field. His wife provided him the support to go back to school to become a Nurse Practitioner. He received his Bachelor of Science in Nursing from the University of South Carolina Upstate and his Master of Science in Nursing – Family Nurse Practitioner from the Chamberlain College of Nursing in Illinois. After receiving his degrees, Rob worked in the emergency department at a trauma center in South Carolina. Like many others in the field, Rob chose his profession to help others to the best of his ability. He enjoys meeting a wide variety of patients each day, loves that there is never a dull moment, and is blessed to see positive outcomes of each patient he treats. He is a member of the American Associate of Nurse Practitioners, holds many certifications from Basic Life Support to Major Incident Medical Management and Support, and is certified to perform DOT physicals. Rob works primarily in our Morganton office. Outside of work, Rob enjoys spending time with his wife and three daughters. He says that his daughters are his motivation to continue learning, working hard, and helping others. In addition to being a NP, Rob is a published author. Visit his AllAuthor profile to learn more about his books! 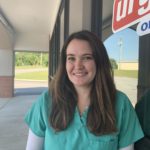 Rachel is a Denver, NC native now practicing in the Newton location. She received her BS in Biology at NC State University before going on to receive her Master’s in Physician Assistant Studies from Wingate University and is Botox Certified. She has previously practiced in Emergency Medicine and Neurosurgery. She loves being a PA because of the ability to have such a diverse career and to continue learning.  In her free time she enjoys spending time with her husband, family and dog. 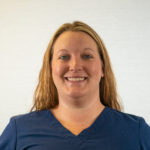 Michaela was born and raised in Taylorsville, North Carolina, and works primarily in our Morganton office. She received her undergrad degree from The University of North Carolina at Greensboro and received her Master of Science – Family Nurse Practitioner from Gardner-Webb University. Michaela has been in healthcare for 14 years and has worked in areas such as critical care, surgery, and the emergency department. She is very passionate about healthcare and says that it has always been her dream to be a nurse. After working in as a nurse for a few years, her love for the career grew, and she decided to further her education to become a NP. Her favorite part of her job is caring for and showing true compassion to people who are injured or sick. Outside of work, Michaela enjoys traveling and the new experiences that are gained with each adventure. 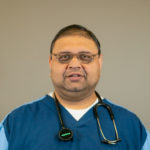 A West Virginia native, Kam has lived in North Carolina since 2007. He received his degree from Alderson Broaddus College and has been a PA for 23 years. He is a member of the American Academy of Physician Assistants, National Commission of Certified Physician Assistants, North Carolina Academy of Physician Assistants, North Carolina Medical Board, DEA and DOT associations. He is certified to perform DOT physicals through the National Registry of Certified Medical Examiners and works in our Hickory and Morganton offices. Like many others that chose the profession, Kam says he chose to be a PA because he enjoys working with the public and helping others. He says that being able to help others feel better and seeing positive outcomes is his favorite part about the job. When Kam is not helping patients, he enjoys spending time with his kids and any kind of sport, whether he is watching or playing it. 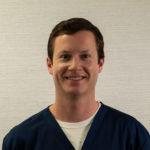 Andy is originally from a small town in central Illinois and is new to the Urgent Care of Mountain View family. He received his Bachelor’s degree in Physiology from the University of Illinois and his Master’s degree in Physician Assistant Studies from Missouri State University. He has been a PA-C for 10 years and has experience in Orthopedic Surgery. Andy says he has always been intrigued by the human body systems and enjoys the fact that his profession allows him to interact with patients and learn on a daily basis. Outside of work, he enjoys spending time outdoors with his wife and playing golf. 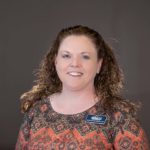 Jennifer is a Family Nurse Practitioner originally from West Virginia. She received her BSN from the University of Phoenix in 2003 and her MSN/FNP from the Medical University of South Carolina in Charleston, SC in 2007. Jennifer has a wide range of experience working in family practice, hospitals, and urgent cares across the region. The challenge of the profession and the potential to change people’s lives is what encouraged Jennifer to become an FNP. She says she cannot imagine being anything else and loves interacting with patients, their families, and coworkers daily. Jennifer has a very big family, with 6 children and 7 grandchildren. When she is not spending time with family, she enjoys spending time outdoors and doing things such as camping, boating, gardening, and home improvement. 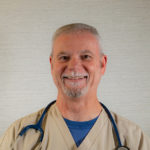 A Panama City, Florida native, Rick Young has recently moved to Hickory to join the Urgent Care of Mountain View team. He is a 21+ year Air Force veteran who served his country as a medic for 8 years and then as a PA during his time as an officer. He “retired” from the Air Force in 2000 at the rank of Major and went on to work in Emergency Medicine in Florida until moving to North Carolina. His desire to help others and serve for his country drove him to the profession he has today as a PA. Rick graduated from The University of Oklahoma with a BS, Physician Associate in 1986 and has an undergraduate degree from Columbia College, Columbia, Missouri. He is a member of the Florida Academy of Physician Assistants, is certified in BLS and ACLS, and is certified to perform DOT physicals. Rick works primarily in our Hickory office. His interests include family, long distance motorcycle touring, firearms, and golf.

All of our offices are currently operating on the following schedule: